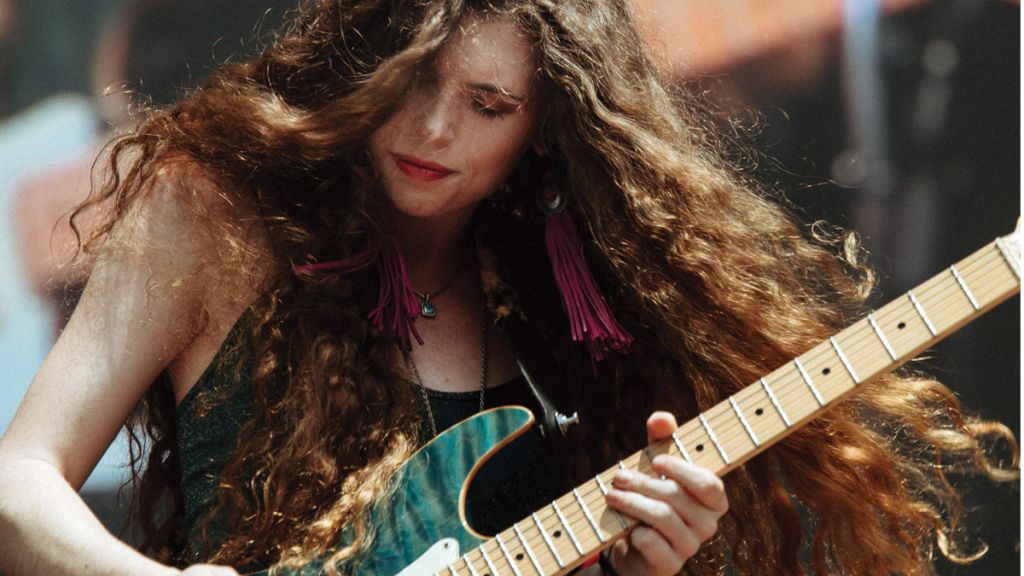 This month in up-and-coming guitar heroes we've got Brazilian rock band Ego Kill Talent, a band who share instruments and a bold vision for where their creativity might take them.

We’ve all probably seen some sort of gig or another where the musicians onn stage swap instruments for a moment – but considering they have a reshuffle for every song, Brazilian alternative rockers Ego Kill Talent are taking that concept to the extreme.

And while such creative fluidity probably sounds like any live sound engineer’s worst nightmare, the São Paulo-based quintet have been supporting names as legendary as Pearl Jam, QOTSA and SOAD on home soil and across Europe. It’s a unusual formula, but it’s one that’s working for them...

“We all play guitar and bass in the band and there are two drummers, including myself,” says co-founder Jean Dolabella. “A few years ago we decided to let the music happen naturally regardless of who was playing what instrument.”

This light-bulb moment led to what felt like having one line-up for one song and a different line-up for another. “It was weird at first but also very rich, musically speaking, since it brought different elements and textures to the process,” continues Jean. “Though it’s a complex way of collaborating, putting egos aside brings more benefits than setbacks. We’re brutally honest with our art and that’s led to some amazing things and huge opportunities for this band.”

The five musicians rely on a mixture of Fender and Gibson guitars on each side to bring out the best in whichever member happens to be holding it at the time. These are fed into Orange amps, with some additional colour coming via their delay and octave pedals.

“We have the Rockerverb 100 on one side and the Thunderverb 200 on the other,” reveals Jean. “The main sound is basically a more creamy distortion out of the amp before any pedals, more crunchy rock than harsh metal tones, using ambiences to add detail and some octave fuzz for the heavy parts!”

As one of the more underground names that got booked for the Joe Bonamassa-led Keeping The Blues Alive At Sea cruise earlier this February, LA-based guitarist Hannah Wicklund and her band The Steppin’ Stones will be spending much of this year building on momentum and finishing off their debut album.

“It will be a year of new music and lots and lots of creation,” says Hannah. “I’m releasing an EP of older songs played acoustically, before we head back to Phil Ek’s studio in Seattle to record a new full-length.”

Of her main influences, Hannah cites Hendrix and Tom Petty as two figures who left their mark on her. With Jimi, it was his ability to cover “such a wide spectrum of emotions within each performance”, while Petty’s up there for his “fiercely simple, yet connected songwriting.”

When asked what he finds lacking in modern guitar music, Gender Roles singer/guitarist Tom Bennett responds: “Everyone seems so fixed on playing very typical parts for their style of music. There’s a fear of cheese. I live for those weird, squeaky, ‘where-did-thatcome‑from?’ sounds.”

Formed in Brighton, the alt-rock trio released their debut album, Prang, last year via indie label Big Scary Monsters to rave reviews. The guitar tones heard on the album came courtesy of a vintage Fender Strat. “My ’67 Strat, is my only guitar,” says Tom.

“It was one of those ‘My uncle’s clearing out the loft, do you want it?’ situations. There’s something about the low-end from the neck pickup and the gnarliness of the bridge that suits everything I play. I’m a bit obsessed with it.”

Jack J Hutchinson might have been born in the English Midlands and is based out of London but his sound could be geographically traced to somewhere south of the Mason/Dixon.

He plays powerful country rock, adding a little hot fuzz sauce to a hearty stew of soul and loose-leaf riffs.

Witch Fever's unrefined punk sound is propelled by the white light and white heat of Alisha Yarwood's atonal riffs, and is pitched somewhere between the Seattle grunge sound of the early '90s and noise rock's self-destructive experimentation. They've been referred to as a doom punk femme four, and that sums it up nicely.

In an era where punk and the alternative has been declawed and neutered, the quartet from Manchester, England, might just put some danger back into it.

Tribulation guitarist Jonathan Hultén has gone solo to take some of the gothic elements that give latter-period material from the Swedish death metal titans such a sense of grandeur and apply it to a haunting folk sound.

Evoking Nick Drake and John Martyn, his debut solo album, Chants From Another Place, might be a change of piece but feels strangely of a piece with his work with Tribulation.